Who is entitled to custody of children after a divorce?

The days of only allowing mothers to be considered better parents are long gone. Nowadays, child custody is awarded based on the best interests of the child. Various factors come into play while giving the verdict of custody of a child to a particular parent, including the parents’ marital status (whether they are divorced or not) and the children’s wishes.

Divorce is one of the family law problems that comes with asset division, child custody, and other issues. The process of divorce can be different for every family, but the end result is the same: one household becomes two. The parents are no longer married, and they must make new arrangements for how they will co-parent their children.

Child custody is the most essential issue that follows a divorce since a child’s entire life will be transformed. The decisions that are taken will shape the child’s future and will have a long-lasting impact. It was once felt that children should remain with their mother for a better education after a divorce, but this notion has gone out of date.

There are different types of custody, such as sole custody, joint physical custody, or visitation with the child as decided by the court. In the process of a divorce, either of the parents is granted legal custody of the child with guardian rights. However, both the parents may also be granted guardian rights. They can make all the decisions for a child including medical and other financial matters if a child is a minor, but to make any decision for a minor the legal consent of the guardian is required.

There are many factors which the court will look at when determining who is entitled to custody of the children after a divorce. However, there are three key factors which are necessary for the court to consider:

A stay-at-home parent or a working parent can both be considered as the primary caregiver depending on how they meet the child’s needs. The court looks at the amount of time each parent spends with the child, their ability to provide care, and other relevant factors while deciding on who the primary caregiver is.

Bonding between parent and the child 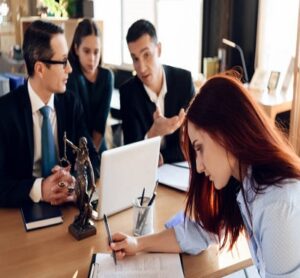 Relationship with another parent

The court will also look at the ability of the parents to put aside their differences and work together for the sake of the child. If the parents are not able to do so, then the child may be caught in the middle of their conflict.

The court will consider any evidence of domestic violence, child abuse, or substance abuse when deciding on custody. If there is evidence of any of these, then the court may not award custody to the parent who has been involved in these activities.

Child custody may be a complex process and there are many factors that the court will consider when making a decision. There are a variety of questions that need to be answered, including:

If you are facing a divorce and are concerned about custody of your children, you should speak to an experienced divorce lawyer in Philadelphia. An attorney can help you understand the factors that the court will consider when making a decision and can help you create a custody arrangement that is in the best interests of your child.